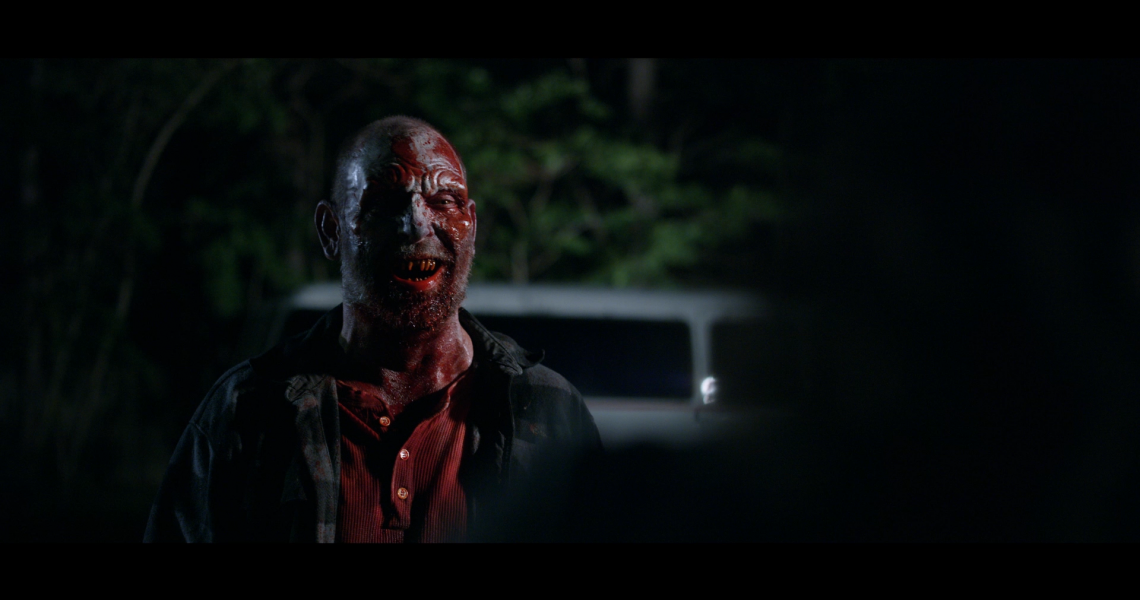 Punk outfit DUH are about to embark on their first tour in preparation for a big hometown show. Only problem is they don’t have any wheels. Luckily, they run into a nice southern redneck, Peckerhead or “Peck” to his friends, who just happens to live in a 15-passenger van. He is more than happy to be their roadie and merch guy if they throw him a few bucks and cover gas. What could be the harm? He seems like a nice dude who is just down on his luck; maybe some comradery could do him well. However, Peck has a secret he is keeping: if he doesn’t take his medicine before midnight, he turns into a cannibalistic monster. But he is a nice guy, so he wouldn’t ever not take his medicine, right? Part insane road-trip comedy, part rock concert, part unimaginable gore-fest, Uncle Peckerhead has midnight movie written all over its bloody mangled corpse.